Hyperlapse, using the GoPro Hero7 on the Karma Grip, and the speeding 1000% increase and slowing down to 10% speed or less, or the use of 120 frames per second in the original film, we’ve been working on what best works for different situations: our camera frame rates must allow this super slowing. Which means you set them before you start filming…yes you have to know what this all means.

and allows the coolest ‘ramp’ trick which allows the rate of speeding up and slowing down to be set as desired.

Why – Ultra Slow Or Ultra Fast?

These are for the movement from one end of a hallway to another, or down a long pathway, descending from above to a place below, or leaving a place on earth and ascending fast, or the balcony, which, in this case was wrap around. And would have taken a whole 60 seconds to walk if we had wanted it at normal speed. Sometimes the client doesn’t like the way it looks, so we remove and replace. Above is the same film without the hyper lapse for the balcony and the downstairs. Your comments would be appreciated. Which one do you like best? Which one would sell the house the best?

Production: making the subject matter happen. Getting the people, the places, the things, the reasons for their presence all flowing. And setting up the times, the lights, the sounds, the crew. Once production is flowing and organised then filming can begin. And if production runs out of cash, filming can’t just stop. Oh no! We keep going.

Filming: when we turn the camera on all our knowledge of frame rates and depth of field and stabilization falls away and becomes secondary and all that is left is the subject matter and the motion of the story. The end. When we upload the content we hope all our production efforts paid off and that the light was good enough, or that we framed the shot perfectly, followed her focusing all the way and got in standard frame rates as well as getting the slow motion just right when the girl ran down those stairs….

Film Editing and Post Production is all about making best compromises whilst maintaining the level of production that exceeds expectations, not going below your own baseline of acceptable standards and pushing the boundaries to do better and faster. Well, for me. I do all of the above, and all of the below.

Film Editing is starting with two new projects: the first is the main event, the long film, the second is the short film, which I think of as the poor sousing, but which ends up being all the most favourite bits strung together for the 60 second bite. Once you are loading the story, using proxy or original media, then comes naming it all, each clip gets a title, this alone takes 2 hours for a wedding 6 hours of filming.

Then in it goes into the time line and to work. For me it’s first hack and cut and come out with a living monster. Frankenstein, stitched together with transitions and ramps and speeds adjustments and stabilisations and colour grading and audio corrections.

This first run on all the content is the first rough cut and edit. No one sees it. Not in my world. Only me.

I do this all by myself. In either Final Cut pro or Adobe Premiere Pro…or both, for fun. Post Production is handled by teams, in bigger film companies than mine. Someone does audio, someone does coloraturas grading, effects, graphics, transitions. I do it all. Whether it’s the wedding ceremony, the speeches or the simple musical accompaniment to a real estate listing. It’s all yours truly. One day someone will be doing it for me. I’ll have the income for that. But i’ll miss it.

ONLY USE YOUR BEST CLIPS PEOPLE

I have my own standards and won’t go below them. The skill and learning here for using hyper lapse and time lapse or slow motion and pulling focus well are all important to other aspects of film production. Weddings and Events, Documentaries for example. The creative opportunity there is much broader than Real Estate.

We are learning how and when to use it. Learning and hungry all the time changing, greedy for knowledge and the chance to gain more. New projects coming soon. But always only use your best clips people, that is the mantra. And I’m happy with it. 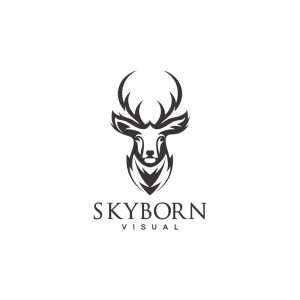